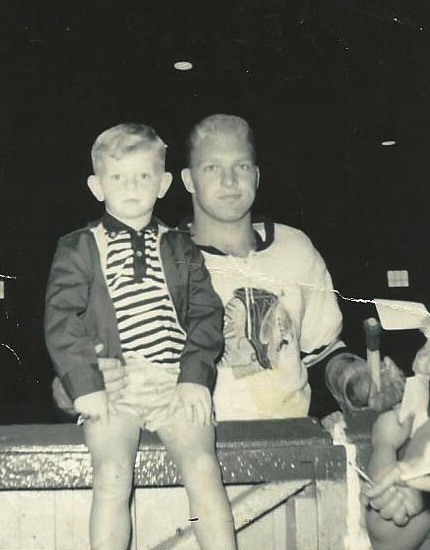 "My younger brother and I along with some neighbouring kids in our age cohort were provided an opportunity to walk the stands selling concessions over three nights when the Chicago Blackhawks held their preseason training camp in St Catharines and hosted teams for exhibition matches.

Working the first game was actually the first time my brother and I had been in Garden City Arena when the stands were full. Prior to that we attended a few public skating hours on Saturday afternoons before our Standard paper routes, but the energy of the crowds, for a 13 year old was exciting. Hawking various snacks meant our eyes could not be on the action very often, so unfortunately we missed every goal, there wasn’t a screen to catch replays.

My friends stumbled on a good idea to get close up with the players. We restocked our boxes in the closing moments of a period and then walked to the vomitoria leading from the ice to the change rooms. Waiting for our exhausted heroes and seeing them pass by was a great thrill. Luckily there were always fans in stands wishing to avoid the smoke filled dank corridors leading to the washrooms until absolutely necessary.

When given ice cream bars to sell we always groaned. The last one in your kit was always a tough sell but we seemed to manage.

St Catharines has always been a hockey town." 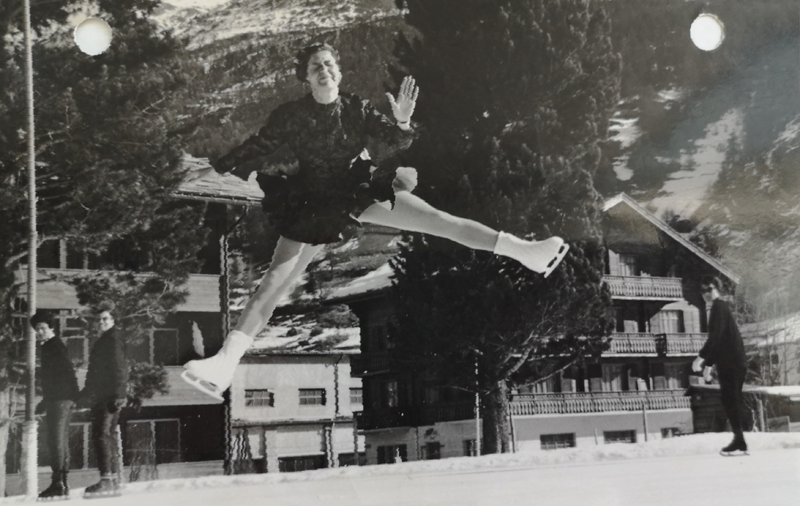 “I was champion figure-skater of Gothenburg and of southern Sweden and lived in the early 60s here and skated a lot on the arena, including in "shows" by the Winter Club.One year I was the horrible witch in a children’s story on ice. All in black, big, big nose and droopy hat… The Standard wrote: "she did the grisly part to perfection." The best write-up I ever had in my long ice show career! I skated on that ice arena til I was 74, I think (hip-replacement). I am now 97.” 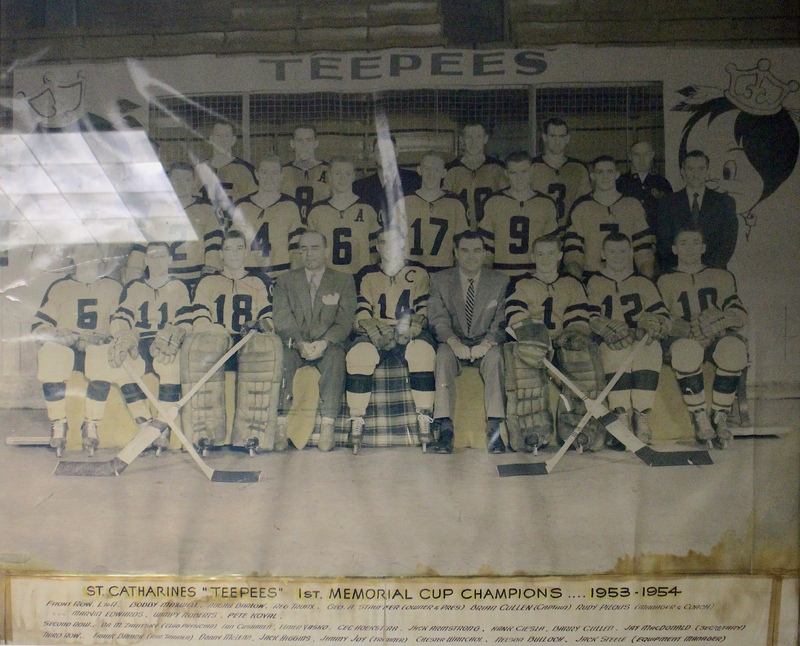 “Cecil Hoekstra who we all had a crush on cuz he was so cute."

“So they brought the first Junior A title to the city of St. Catharines and I’m telling you everybody was just blown away, it was just a wonderful, wonderful championship game.”

"My girlfriend and I after the hockey game we would go to the Diana Sweets or the Crystal Restaurant on James St." 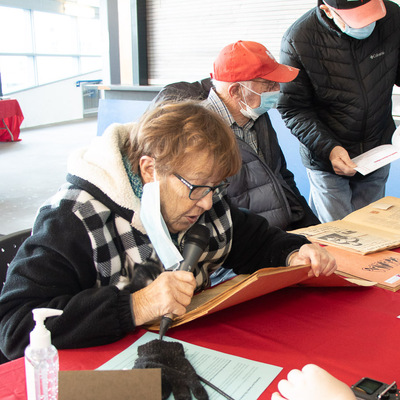 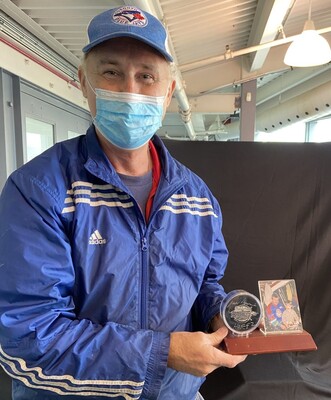 "Here's a picture of my son Robert with Marcel Dionne. Marcel actually signed this puck for my son! 'Oldtimer Hockey Heroes', and he put the year of his induction into the Hockey Hall of Fame - 1992 - on the bottom. So I thought it was really really nice of him to do that. It really made my son's day, you know? It was really amazing to have something signed by a Hall of Fame player, and of course Marcel Dionne played his Junior career here in St. Catharines." 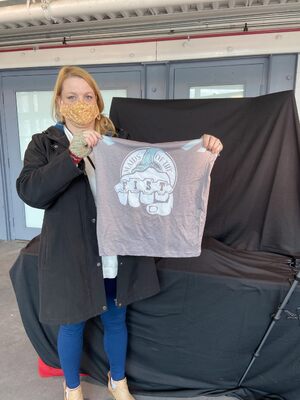 "There were people from all walks of life. So you had academic advisors from Brock, ESL teachers and myself, and we had teachers, dental hygenists, stay-at-home moms... all different kinds of people." 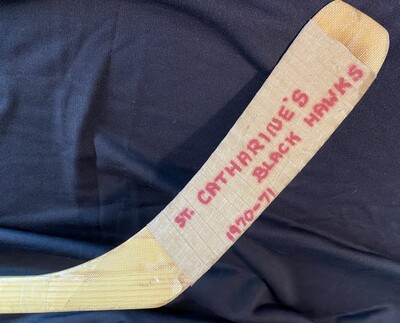 “My dad grew up in St. Catharines and was a big fan of the Black Hawks in the 60s and early-70s, you know, Dennis Hull, Marcel Dionne, Dionne’s era in particular. And he had talked about the team being so popular that teenagers would climb, like, the rafters and hang over the stands to watch the games because it was so busy.” 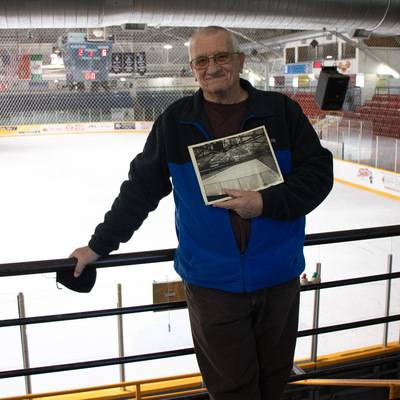 “We used this building for the first three or four years for a tattoo. Military music, marching, displays, and part of the display that we decided on was that the Emergency Task Force at the appropriate time would repel out of the ceiling. And so we did. And while we were doing that, the guys drove in with the trucks and we put on a display.” 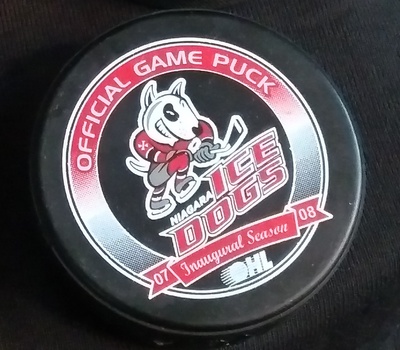 “The arena was so loud that we could hear the cheering and everything from the arena outside in the truck. It would go through— There’s a little cutway where the old Zamboni used to park that they didn’t use anymore and it would go right through that through a metal door that they had and we could hear it outside. If we were— For whatever reason, if I had somebody outside the truck, you know in the parking lot getting ready to do something, they could hear when the team scored and they’d come running into the truck ‘oh, who scored? Who got it?’” 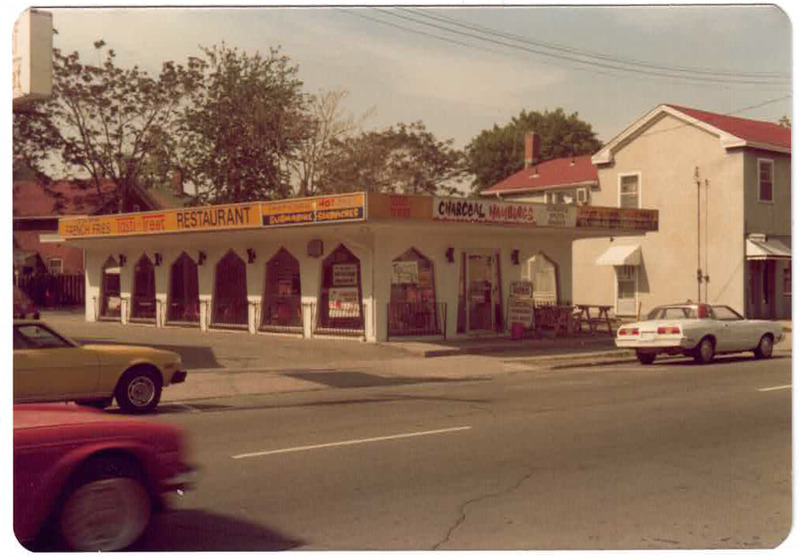 "Everybody would go there for french fries, everyone would go for a hotdog, and we'd go in there. And the lineups are crazy, like after a game there might be 30, 40 people hanging out outdoors, it was a place to hang out especially for us under-aged kids, just to go to a place to hang out after the game. That was always fun. That was part of the whole adventure for us. We go watch a hockey game at the arena, go grab a hotdog at Tony's afterwards."