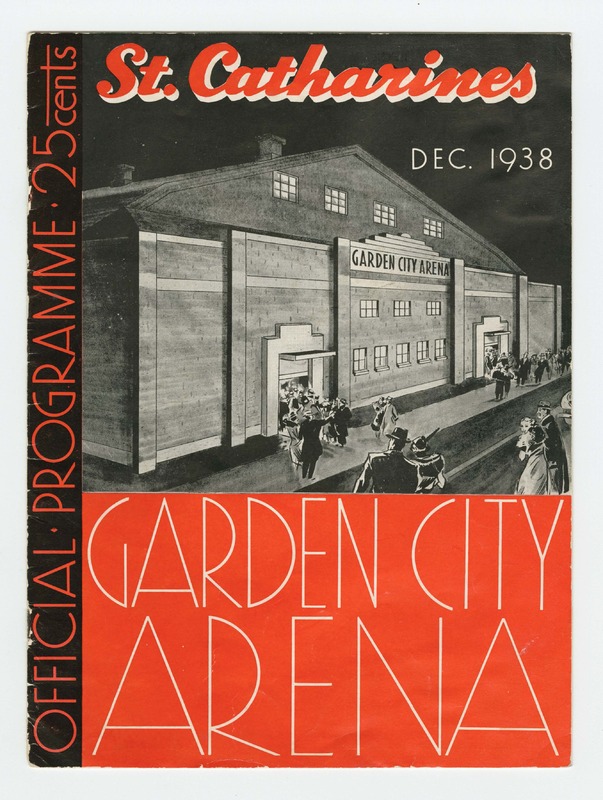 When the Garden City Arena was completed and opened to the citizens of St. Catharines in December 1938, it became a symbol of a vibrant sport loving community. According to B. F. Lamson’s article in the Official Programme for the opening of the Garden City Arena, the "Quarter Century Old Dream [had] Finally [been] Realized." 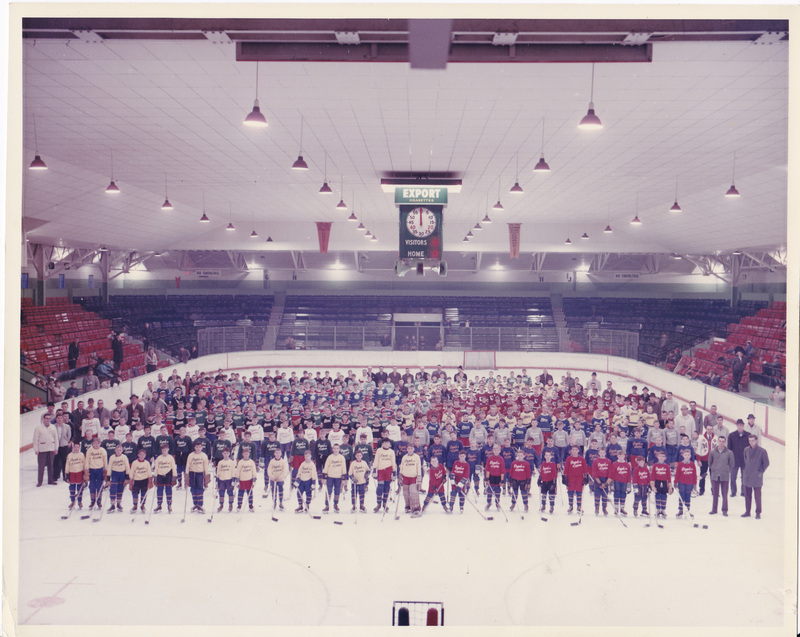 What is the project?

The Garden City Arena oral history project was undertaken by Brock University students in Dr. Elizabeth Vlossak’s fourth year history course, HIST 4F00 - Voices from the Past: Oral History. The course was an exercise in experiential learning in which the students sought to locate, preserve, and interpret the memories and memorabilia of community members relating to the Arena over the past 80 years.

The project could not have been completed without the tireless work of several community partners. We would like to issue a special thank you to Brock University, the St. Catharines Museum and Welland Canal Centre, the St. Catharines Standard, and our Garden City Arena tour guide, Jon Lowe, Supervisor of Recreation Facilities for the City of St. Catharines. 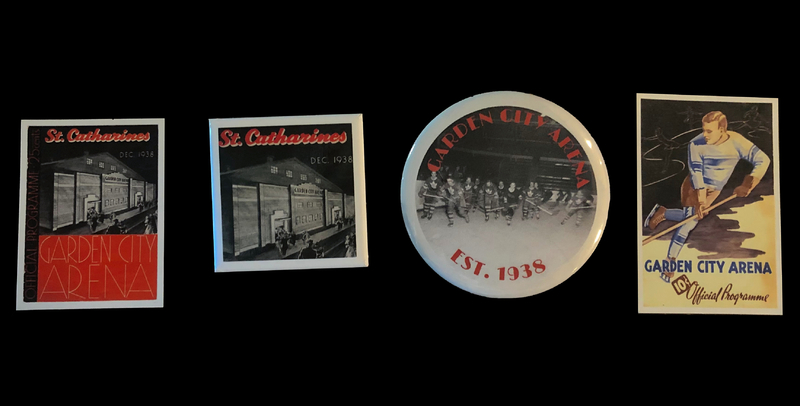 Magnets and buttons made by the students of HIST 4F00 ahead of the Community Collecting event.

Collecting stories for the Garden City Arena collection began in November as the students prepared for a community collecting event held at the end of the month. Planning for the event saw each student take on a unique responsibility to ensure the event went smoothly. Some students signed up for event set up and/or take down, others were more aligned to marketing and signed on to do TV or radio segments, create social media posts, or design the poster, postcards and buttons seen at the collecting event. 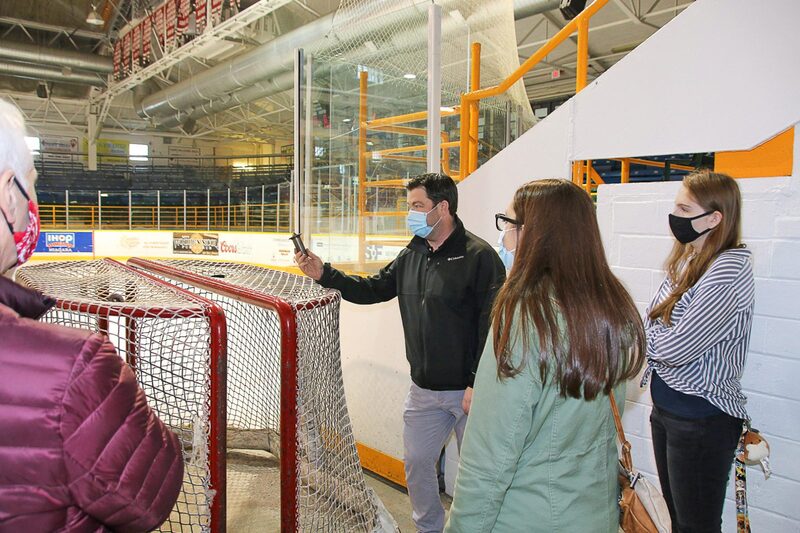 HIST 4F00 students during their behind the scenes tour of the Garden City Arena in November 2021.

Ahead of the collecting event, the students also got a behind-the-scenes look at the Garden City Arena with a tour with Jon Lowe, Supervisor of Recreation Facilities for the City of St. Catharines. The students got to experience the arena from a unique perspective as they explored areas unavailable to the general public, including the Junior B St. Catharines Falcons locker room and where the Zamboni was housed. The passage onto the ice was extremely narrow and more than a few laughs were had at the chunks of concrete taken out of the walls by the Zambonis over the years. 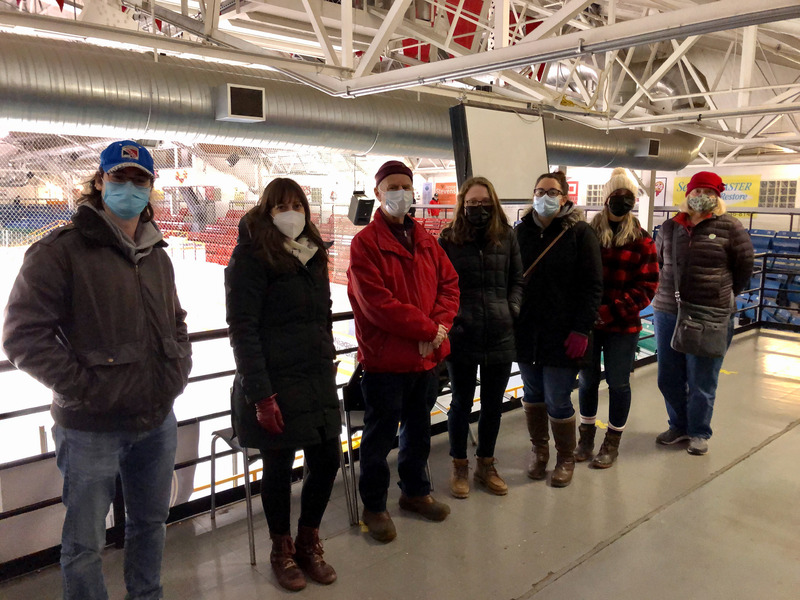 HIST 4F00 Students at the St. Catharines Falcons game vs the Thorold Blackhawks.

To truly experience the aura of the arena whose legacy they were working so hard to preserve, the day before the community collecting event, November 26, 2021, the students attended a St. Catharines Falcons game against the Thorold Blackhawks. From the same seats that saw the first game played at the Garden City Arena in 1938, the Toronto Maple Leafs against three local senior teams, the students watched the St. Catharines Falcons defeat the Thorold Blackhawks 6-2. The crowd in attendance was 506. 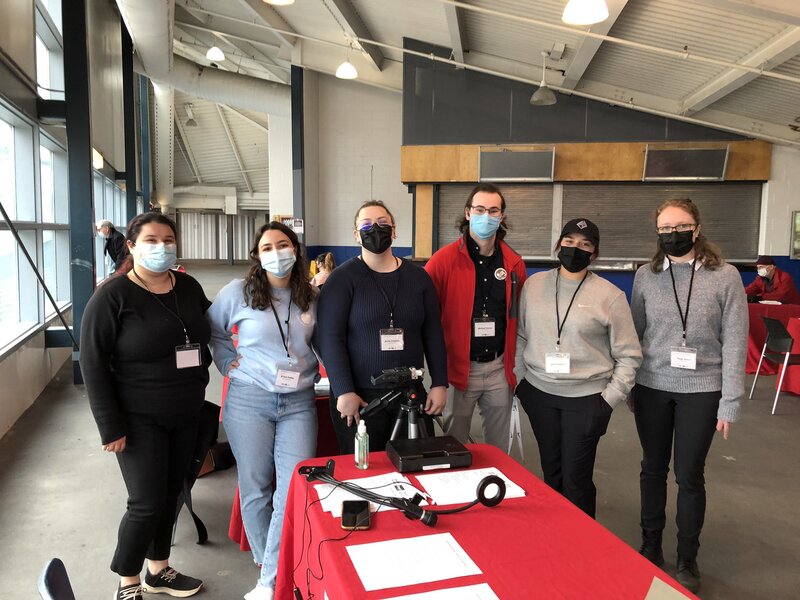 On November 27, 2021, the students' planning was put to the test as the community collecting event got underway. From welcoming members of the community to recording memories and photographing and scanning the memorabilia they brought with them, the students heard from 30 community members throughout the four-hour event.

The winter term saw students undertake the process of a full-length oral history interview with a community member from start to finish, including editing the interview and transcribing it. Finally, the students curated a short exhibit or podcast based on the material collected throughout the term. 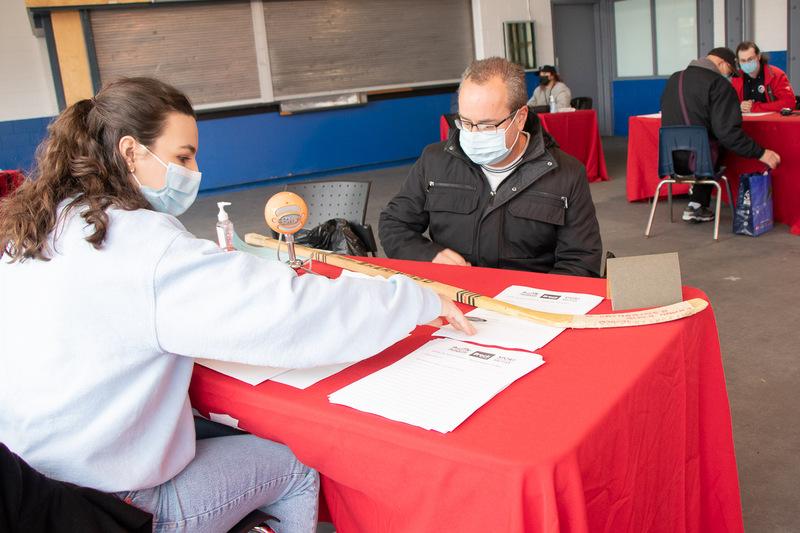 along with contributor Marko Bukovec who brought in his

The Garden City Arena Collection contributors ranged in age from 8 to 97. Some had lived in the Garden City their whole lives, others were new Canadians. From the smell of the arena and the sound of skates on the ice, or perhaps even meeting a future spouse, to getting a footlong hot dog from Tasty Treat on the way home, every contributor and their memories was invaluable.

The collection’s first contributor on November 27, 2021, was Margaret Hage Redman. In the late 1950s, Hage would walk from her home with her friend, Jan, for the free Saturday afternoon skate for school children. Skating was “fun and [she] met many other friends at the arena,” Hage said. After skating, she and Jan would walk to the toy shop that was near to the arena before heading home. Before leaving the interview, Margaret’s last words were, “That was my memory! Thanks for allowing me to share my memories. I love having lived my whole life in St. Catharines.” Although her interview was only five minutes long, her excited and joyful voice embellished the tone of the meaning that many others would remember of the events they had experienced at the Garden City Arena.

From the SOHA team and HIST 4F00 students, we would like to thank all of our interviewees for their stories and their time. Without your contributions, there would be no collection to showcase. 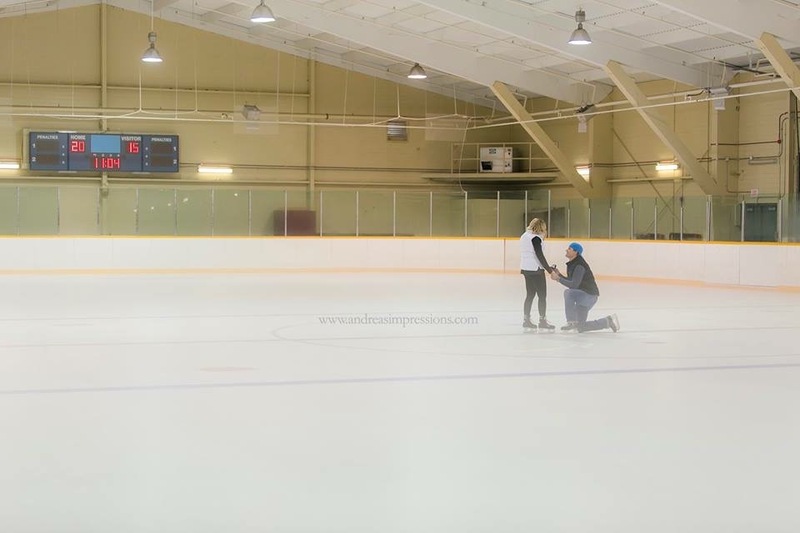 at the Garden City Arena when they were 10.

On November 4th, 2015, he proposed on Rex Stimers ice at the Garden City Arena.

On the side of the web page, you will find a menu bar to navigate the Garden City Arena collection.

“Memories” highlights interview segments and written submissions to the collection to provide an overview of the Garden City Arena’s legacy and all the people the arena has touched.

“Images” present all of the digital items in the collection to be browsed through, ranging from scanned documents and photographs to artefacts.

“Interviews” display all of the interviews conducted by the students and instructor. The interviews vary in duration from a minute to an hour.

The Garden City Arena collection is still accepting stories. If you would like to contribute to this collection, please submit your memories under the “Share Your Story” tab. 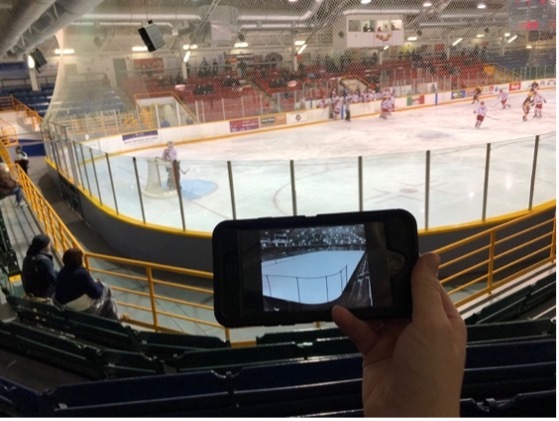 This photo was taken by Alison Innes, Brock Humanities Social Media Coordinator, during a Junior B St. Catharines Falcons game on November 26, 2021. Incorporated within the photo is an older image of the Garden City Arena curtesy of Don Sinclair at the St. Catharines Standard.

For 84 years, the Garden City Arena has kept its doors open to the community and ensured that it was a safe environment to those who stepped inside. From the home of Marcel Dionne and other NHL greats, to the making of a Disney worthy love story, the Garden City Arena has been central in the making of countless memories for St. Catharines residents.

“The Jack” may now be gone, but the memories will live on.